From Paper to Digital – The Rich History of Fashion Advertising

Byron Aya November 23, 2021 Fashion Comments Off on From Paper to Digital – The Rich History of Fashion Advertising 1,177 Views

Advertising. The need to show off products in the marketplace to attract buyers. Since time immemorial, there has always been a need to showcase talents or products to potential buyers. It is often done through different means and ways, but one thing is certain; items with potential monetary value must be advertised to get their value known and spread throughout the marketplace.

And out of all industries in the world, none has evolved quite peculiarly than the fashion industry. Before Instagram, Pinterest, and the hundreds of fashion shows and ads that we often see on television or on our personal computers and mobile phones, the fashion industry has always been a pioneer in advertising its products and services for everyone to see.

Without further ado, it’s time to go back hundreds of years ago when fashion started inventing many weird and delightful things in order to spread the word about the latest fashions don by the rich, the magnificent, and the powerful.

Throughout the 18th Century

For nearly 400 years, fashion supporters and enthusiasts had to rely on pandoras, delightful little dolls that were made based on the popular fashion trends at that time. These mini mannequins showcased popular dresses, coats, headdresses, and costumes that were worn by the rich and powerful during those times. These fashion dolls were invented in the 16th century and continued to be popular all the way until the 18th century. These dolls were brought from one country to another, thus giving tailors and other craftsmen an idea on what were the popular fashion trends from the big cities.

A few more years later, fashion plates also started circulating at the start of the 18th century. For those who are not familiar with what fashion plates are, these are illustrations that cover the fashionable highlights of clothing. When oil paintings started to become a hit in Europe during the 18th century, painters and fashion enthusiasts alike began using the medium to express their interests.

While fashion plates officially started in the United Kingdom, the French were the ones who started using fashion plates to spread to the rising middle class the fashion trends worn by the powerful French nobles. La Galerie des Modes became the pioneer of fashion plate publication, which in turn is the very first fashion advertising brochure available. Of course, it wasn’t available for everyone, as it was only reserved for the powerful French nobles who were well-dressed compared to the rest of the French populace. The fashion plate became the only fashion advertisement during the last few years before the French Revolution erupted.

First of all, the paper started to become increasingly popular and common for people to use. This allowed fashion enthusiasts to showcase their up-and-coming new dresses, coats, hats, and other fashion masterpieces through fashion magazines.

It’s also interesting to note that these little fashion magazines (or women’s magazines, as they are popularly known) don’t just contain useful tidbits of information and fashion guides and galleries, these magazines are also propaganda machines used by the growing women’s rights movement.

The Railroad System and the Mail Catalog

The Homestead Act of 1862 in the United States brought in not just new settlers in the western part of the United States but also the growth of the national railroad system. Goods are now being transported at a faster rate than by foot or horse-drawn carriage.

Rise of the Department Stores and Printed Ads

The mail catalog would become an even more efficient advertising tool when the first department stores started popping up all over the country. In 1848, Alexander Turney Stewart opened the Marble Palace in Broadway, New York. The Marble Palace would be the first department store in the US, with Alexander Turney Stewart setting a fixed price for his goods while he lured in customers through the use of special sales and fashion shows. However, his biggest cash cow was still the mail-order business.

Business was so good that he even built another department store, the Ladies Mile, just a couple of blocks away from his Marble Palace.

As more department stores opened, competition also grew stronger between these businesses. Out of this sense of competition, the idea of printed ads was born. The bigger department stores, of course, had the budget to build bigger and impressive billboards while the smaller ones can start with simple flyers and brochures. These printed ads often showcased the price, the advantages of their products, and other information that can attract customers.

As time passed by, businesses began to identify themselves based on the products they created. Finally, the idea of a brand eventually became the nomenclature of separating one style of fashion from another.

And out of these brands came the many fashion brands we all know and love.

Today and the Future

The invention of the radio and the television greatly changed fashion advertising. Gone are the days of mail-order catalogs and printed ads. In just a few minutes or seconds, millions of people are now able to watch a single fashion show or commercial. The most memorable ones are the ones that tend to stick in the minds of people, however.

The advent of the computer and the Internet made fashion advertising easier than ever. Today, all it takes to create an ad is to join Pinterest or Instagram, create a witty fashion cover or ad, and then let its millions of users spread the content. 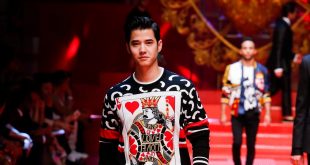 Dolce & Gabbana Transitions To Embrace Itself as a Lifestyle Brand 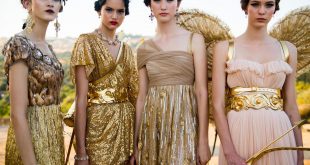 A Lifestyle of Expression and Tradition With Dolce and Gabbana 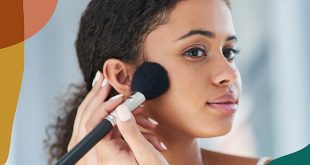 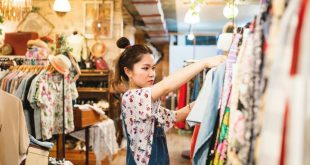 5 Of the Prettiest Shops in Milan You Should Visit

While you’re in Milan, you shouldn’t miss the opportunity to go shopping. It is known …